view from hotel in KL 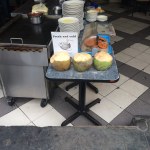 lunch on the go

walk from hotel to gym 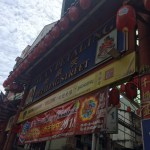 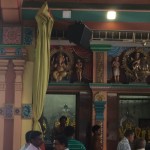 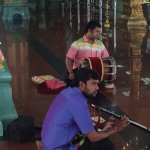 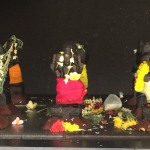 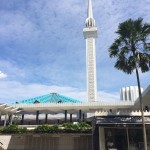 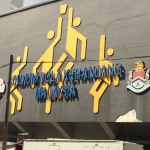 Tuesday early morning flight dropped us into a hot and humid Kuala Lumpur mid-afternoon.  An hour ride to the hotel, and I quickly put my bags down and went for a long walk to Jalan Aloor, a nearby street full of all kinds of food and shops.  Malaysia seems to be a veritable melting pot, as on my walks in KL I saw a Catholic school, Hindu temple, and several Mosques.  61% of the country is Islamic. I heard throughout my visit plenty of English, Malay, Mandarin, and Korean.

In Jalan Alor I snacked on some kind of fried vegetarian rice cake and grabbed a fresh coconut juice.  These are all over SE Asian, and are sweet, refreshing and very hydrating.  You can get them for hardly anything; in the states we put it in a box and sell it for $4 at GNC.  I hustled back to the hotel for a coaches meeting and team film session and we walked around the corner to the stadium for a late practice.

After practice, Coach Dave and I headed over to check out the Petronas Towers, the tallest buildings in the world from 1998-2004.  They didn’t disappoint.  Some late night food and drinks and off to bed.

Wednesday- Game Day! After a morning shootaround, I spent a great afternoon walking around Kuala Lumpur with Coach Julius’ father who is in town from Canada for the month.  A lifelong college and pro coach, Stu Julius’ visit has been a real bonus for me as another guy from whom to sponge a lifetime of hoops knowledge. We walked all over- first to Sri Mahamariamman Temple, a famous Hindu temple that was built in 1873.  While we were there, we were able to watch a Hindu service. I realize how little I know of Eastern religions; I have already talked to some of our Buddhist players about going to see their temple and learn more about their faith.

From the temple we walked to another section of the city where the national Mosque was located and the KL Bird Park, the largest bird sanctuary in the world.  A nice lunch overlooking the Botanical Gardens before we headed back to the hotel.  Pregame meal and off to the stadium for a late night game.

Despite holding Malaysia several points below their ppg average, we did not slay the dragons as we had set out to do.  They hit a ton of really tough contested shots, but we still had pushed back to a 5 point lead with 2 minutes to go in the 3rd quarter. Malaysia would score the last 8 points of the quarter to go up 3 into the final stanza.  I am seeing how challenging, even with just two games a week, it is for our guys to consistently summon the highest level of energy/urgency/enthusiasm needed to win games at the pro level. We fell short of what it would take to win, especially on the road, and scored 13 points below our average despite a spectacular 44-point effort from our leader Akeem Scott. I really like our group and think we have high character guys who will respond to this loss well, learn from it, and be ready to go when we get back at it this Sunday.  We have 3 straight home Sunday games coming up, so plenty of time to improve.  Only 7 games in, it is very early in the season.  It really is a marathon; not a sprint.

Thursday- more bus/airplane travel time as we headed home. Back to work Friday after a fun night with the kids and dinner out for great Thai food with Donna. 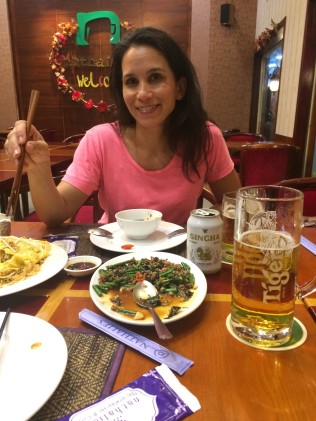 One thought on “Malaysia”

Mapabuti is the Tagalog (language of the Philippines) word for improve.  I remain on an ongoing quest to improve in every possible way- as a father, husband, educator, coach, and person.  I am so grateful to have been granted time to do just that in this sabbatical year from my job as the Director of Athletics and Boys Basketball Coach at The Hill School. I am excited to share some of the reflections and experiences from this special year, and I hope that the blog will provoke some thoughts or even conversation amongst family, friends, and colleagues.